The Science of Candles 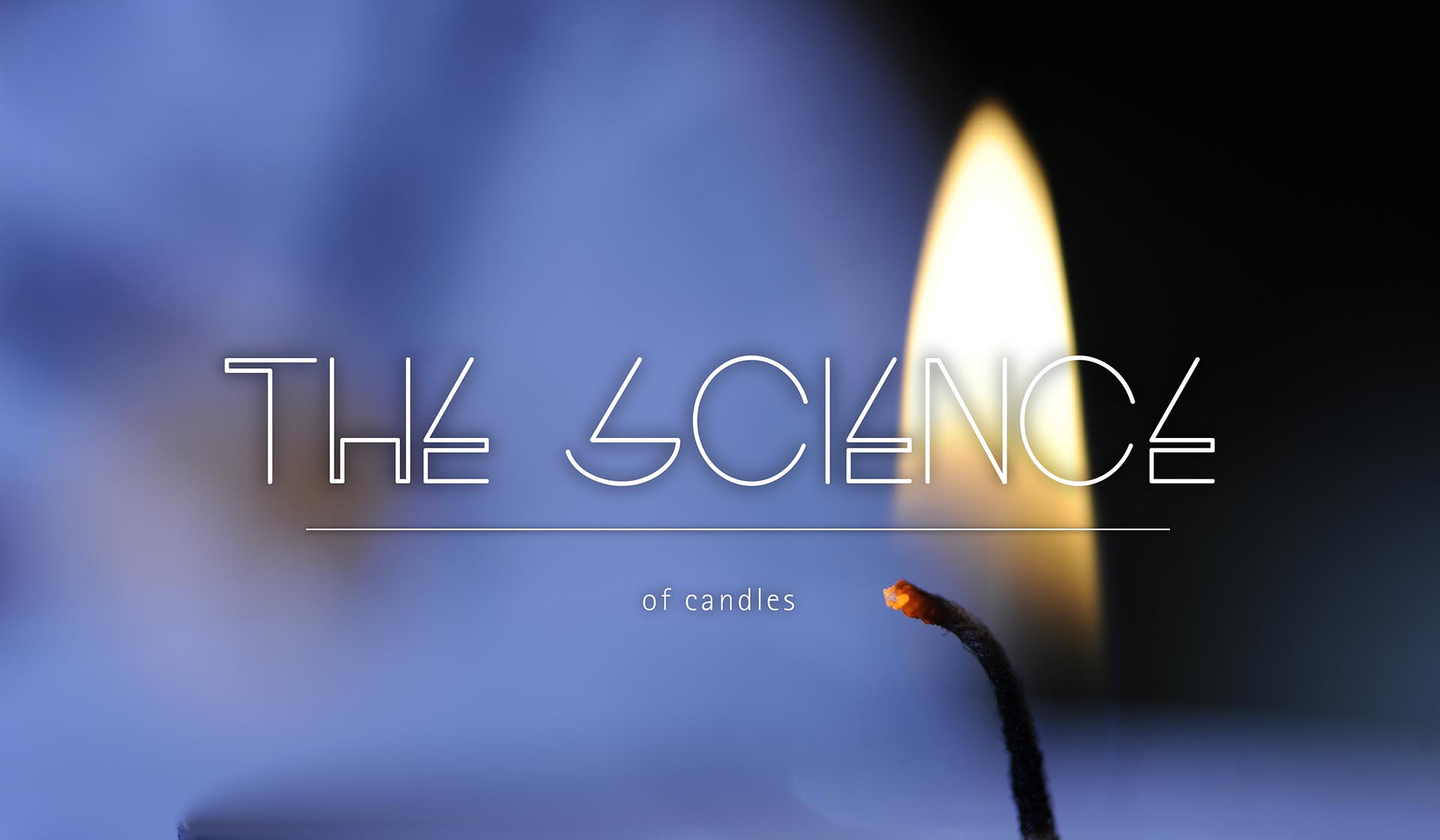 The simplicity of a burning candle is a beautiful sight and it may surprise you to learn just how much science is actually taking place behind the scenes. For hundreds of years, experts have been studying the chemistry and physics at work when a candle burns.

Back in 1869, scientist Michael Faraday presented multiple scientific principles of burning candles after closely observing them for years. Even NASA has been involved in candle science, testing candle flames in space since the late 1990s.

To make an attractive and stable product for your own candle making business, it’s worthwhile to understand how candles work and the real science behind them.

Candles produce light by making heat through a chemical reaction called combustion. Candle wax is made up of hydrogen and carbon atoms. When a candle is lit, the heat melts the wax near the wick and causes it to be drawn up into the wick.

As the liquid wax is heated, it becomes a hot gas and breaks down into molecules. These molecules are drawn into the flame and react with oxygen in the air to generate heat, create light, and produce water vapor and carbon dioxide.

The energy from the combustion process radiates the flame in different directions. The heat continues to build and melt more wax. The flame continues to burn until the wax disappears or the flame itself is snuffed out.

What is Produced When a Candle Burns?

If the combustion process is interrupted by too much air or too much wax, the flame flares and pieces of unburned carbon jump from the flame before they can completely combust, producing black soot or wisps of smoke.

The Art of the Flame

The flame of a candle is more than meets the eye. It maintains a teardrop shape due to the science behind it. When you light a flame, the surrounding air is heated up and begins to rise. The warm air rises and oxygen and cooler air replace it at the flame’s bottom. The cooler air is also heated and rises up, creating a continual cycle of moving air in an upwards direction, forming the elongated shape of a traditional flame.

Looking closely, you can see multiple colors. At the top of the flame is the largest area, yellow in color. Beneath that is a darker brownish-orange section and below that the flame burns blue. Around the entire flame is a bluish edge that starts in the blue areas and flares up and around the sides of the flame.

Each part of the flame serves a purpose.

The blue area of the flame is full of oxygen. This is the area where hydrocarbon molecules vaporize and break down into atoms. Hydrogen separates first, reacting with the oxygen and forming water vapor. Carbon also burns in the blue zone and produces carbon dioxide.

In the next level of the flame, there is little oxygen. Carbon continues to break down, forming hard particles. The particles rise and combine with the water vapor and carbon dioxide from the blue zone where everything becomes heated to about 1,832 degrees Fahrenheit.

The temperatures are hottest in the blue edge, referred to as the veil. Reaching up to 2,552 degrees Fahrenheit, the flame makes direct contact with the air, causing the hazy blue color.

While you need to do little more than strike a match and light a wick to enjoy the smooth glow of a candle, there is so much more going on behind the scenes in your candle-making business. Understanding the basic science behind a burning candle is helpful in creating stable, long-burning candles to increase your customer’s satisfaction.

Author: Jonathan @ BottleStore
Filed Under: Candle Jars, Home, Industrial and Hospitality, Uncategorized
CHOOSING THE RIGHT SUPPLIES FOR YOUR CANDLES
How to Make Your Own Container Candles

1 thought on “The Science of Candles”