What Is This Cold-brew Coffee Everyone is Drinking? 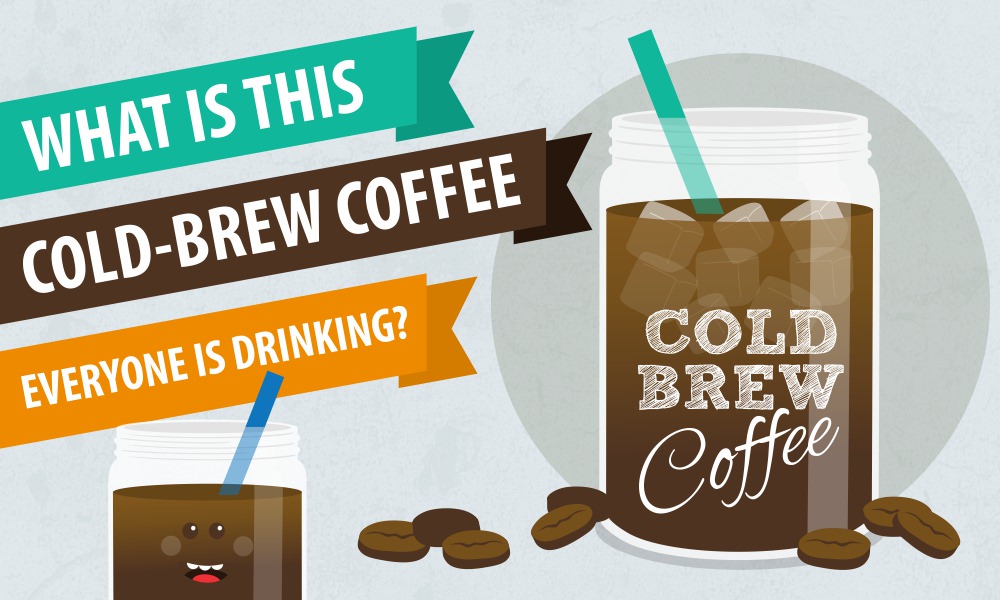 Cold-brew coffee is sweeping the nation and for good reason. Cold-brew coffee leaves the heat out of the equation, using cold water and time to bring out the best taste of the coffee bean. The process of making cold-brew coffee and the science behind it is simple, effective, and by all accounts, delicious.

Coffee has been around for thousands of years. Way back in early civilization coffee beans were eaten as a berry. In the early 1700s, Europeans created one of the first coffee filter systems called a ‘biggens’. The coffee was drunk with the grounds still in the liquid. In 1908, Melitta Bentz, a housewife from Germany, came up with the idea of using a paper filter for drip-style coffee.

Where It All Started

Before the best coffee subscription boxes had a variety of cold/regular brews brought to your door on a monthly basis with all the comforts of Amazon Prime – a chemical engineer from Cornell made an important discovery about coffee. Using high temperatures during the brewing process actually caused the coffee bean to release flavors which weren’t as tasty as they should be. This engineer, Todd Simpson, developed the Toddy cold-brew system following his discovery in 1964. It was during a trip to Guatemala where he was served room temperature concentrate alongside a pot of boiling water. He soon went on to develop his own brewing system, the Toddy brewing system, still being sold today.

The bitter oils and acids remain in the bean. These compounds are what can be detected floating on top of a cup of hot brewed coffee. It is these oils and acids which produce the strong bite black coffee has and why many coffee drinkers require coffee creamer to be added to their drink.

When cold-brewing coffee, the resulting cup of joe offers a nicely balanced and very smooth taste. Cold-brew coffee can be served hot (heat only after brewing) or poured over ice for a refreshing drink. Cold-brew coffee is not iced coffee, as many people believe, but rather uses a no-heat brewing process.

How to Make Cold-brew Coffee

The process of cold-brewing coffee is rather simple. Coffee beans should be freshly ground. Using a pound of medium to coarse coffee grounds, you only need to add nine cups of room temperature water to the grounds and let them set for at least 12 hours. The optimum steep time is 24 hours, which will produce a very strongly flavored and caffeinated concentrate. Once the brew process is complete, the grounds need to be filtered out. Use a simple coffee filter and a sieve to remove grounds before drinking. Make sure to use high quality beans and grind them on a medium to coarse setting. If the beans are too finely ground, they can produce bitter coffee due to over extraction.

Most cold-brew coffees are more concentrated than the traditional hot-brew methods. They may also container higher amounts of caffeine – up to double the amount of a regular cup. Diluting the coffee concentrate is recommended, using additional water, milk, or creamer.

Because of the simplistic way cold-brew coffee is made, many forward-thinking entrepreneurs are starting their own cold-brew coffee business. They brew at home and bottle the coffee drink to sell in local or regional markets. Some are even pursuing a larger national market with distribution channels.

The cold-brew coffee trend is likely here to stay and for good reason. Cold-brew coffee has many benefits for amateur and die-hard coffee drinkers alike including:

Coffee in general has been shown to offer health benefits, including better liver function and lower incidence of Type 2 diabetes. New studies are even suggesting drinking coffee can help reduce the risk of developing Alzheimer’s. Coffee contains antioxidants, which are necessary for promoting good health.

There is an increase in the cold-brew coffee companies sprouting up around the country. As cold-brew coffee is simple to make, many are bottling their own brews and attempting to break in to the ultra-competitive beverage market. Independent brewers are serving coffee in unique glass bottles, boxes, and cans, each trying to attract the interest of consumers.

Check with your local and state offices concerning the regulations for producing and bottling cold-brew coffee from home before starting to sell your product. Choose distinct glass or plastic bottle designs, which will showcase your product well. As consumers have a lot of choices to make in the cold-brew coffee aisle, having a distinctive look to your coffee container will help pique the interest of shoppers. Your logo, labeling, and overall packaging design can have a big impact on your ability to get your beverage noticed.

BottleStore.com specializes in a wide variety of bottles in plastic and glass, perfect for housing your cold-brew coffee product. From Boston Round in single serve sizes to bulk glass jars for brewing, there are many options to make your coffee product stand out from the rest.

1 thought on “What Is This Cold-brew Coffee Everyone is Drinking?”