420: Where Cannabis Has Gone and How Far It Needs to Go 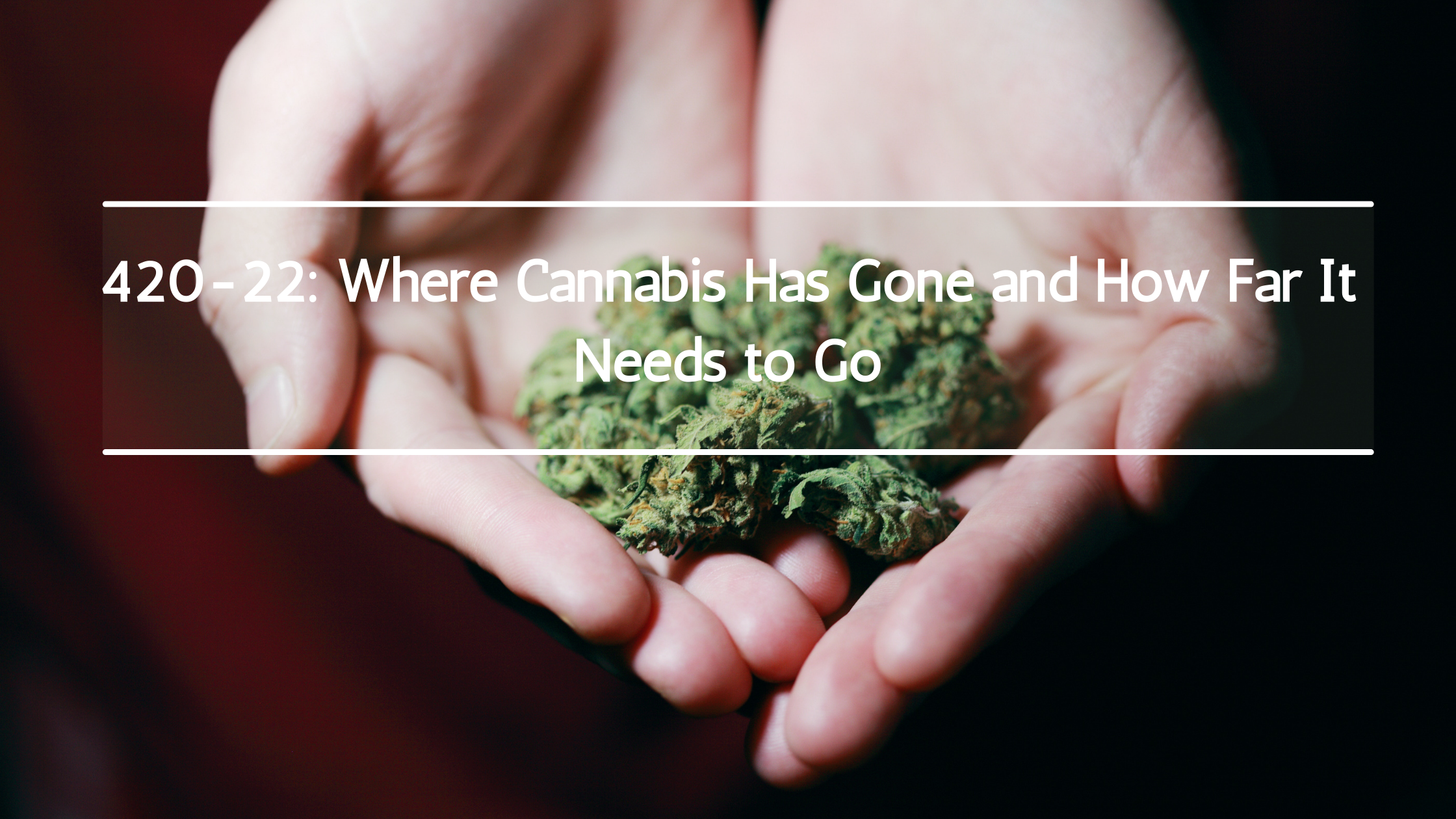 The term “420” is synonymous with Cannabis culture. Whether or not you partake in the Cannabis movement, you’ve probably heard of “420” at least once. The term dates back to the 1970s when a group of five high school teenagers in California would meet at 4:20 p.m. each week to search for the wonder that is the cannabis plant.

While the students never found their plant, they introduce a new lasting code word for cannabis smokers.

According to Business Insider, since 2012, 18 states and Washington, DC have legalized marijuana for adults over 21. And 38 states and DC legalized medical marijuana. Thus, the Cannabis movement is slowly becoming readily available to most of the country.

We’ve recently seen states like New York and New Jersey stepping into the legalization arena and making leaps toward the beginning of cannabis sales in their states.

New Jersey Governor Phil Murphy recently announced that recreational weed sales in New Jersey would officially begin on April 21, with seven existing medical cannabis operators to begin sales of recreational cannabis at a combined 13 facilities. This, in turn, is opening the door to the first legal marijuana sales in the New York City region within a month.

But as we all know, good things come with time. Marijuana is allowed for medical treatment in most of the country. Only 11 states prohibit the drug altogether. Mississippi and Alabama are the latest states to legalize medical cannabis, but it is still unavailable for purchase as the states try to establish regulations.

The House recently passed a bill to decriminalize marijuana, and another bill that would legalize the plant is in the works in the Senate.

Except for Nebraska and Idaho, every U.S. state has passed at least some legislation allowing legal, medical cannabis use, though many are restrictive.

CBD, for example, is legal in all 50 states, but depending on where you live or go, it can depend on what type of CBD product people can use and which one is prohibited.

Widely regarded as the little brother to cannabis, CBD has been a buffer for states that have yet to legalize cannabis for medicinal and recreational use fully. Still, like their older brother cannabis, CBD has limitations in certain states as legislative battles go on.

It’s important to point out that even in states where pot and CBD are legal, there are several laws about how much you’re allowed to carry on you or keep in your house, and driving while under the influence is always a bad idea. But there are significant differences: Some states, like Vermont, allow only growing in the home, whereas others, like Washington, do not allow for home-growing of cannabis plants except for exceptional circumstances.

Since it has been nearly a decade since voters of Colorado and Washington decided to vote to legalize recreational cannabis use, there’s hope on the horizon that one day the nation as a whole will be able to celebrate “420” in harmonious peace.

Want to learn more about weed laws in your state or get involved locally? Know that you have many resources at your disposal. If you’re in a weed-legal state, you can find legal cannabis products near you with WeedMaps or consider becoming a supplier or producer with the National Cannabis Industry Association. If you’re in a weed-illegal state, you can do your part in pushing legislators toward common-sense medical marijuana laws with the National Organization for the Reform of Marijuana Laws (or NORML), the Drug Policy Alliance, or the Marijuana Policy Project. We hope our state-by-state guide and legal weed map have helped make a confusing topic clearer!

If you or your cannabis business requires high-quality, state-compliant packaging options, trust in the experience of BottleStore.com. Our inventory includes an extensive selection of durable glass and plastic containers, jars, and other packaging options you need to keep your supply of medical and recreational marijuana protected and ready for consumption.

2 thoughts on “420: Where Cannabis Has Gone and How Far It Needs to Go”