The History of Making Vodka 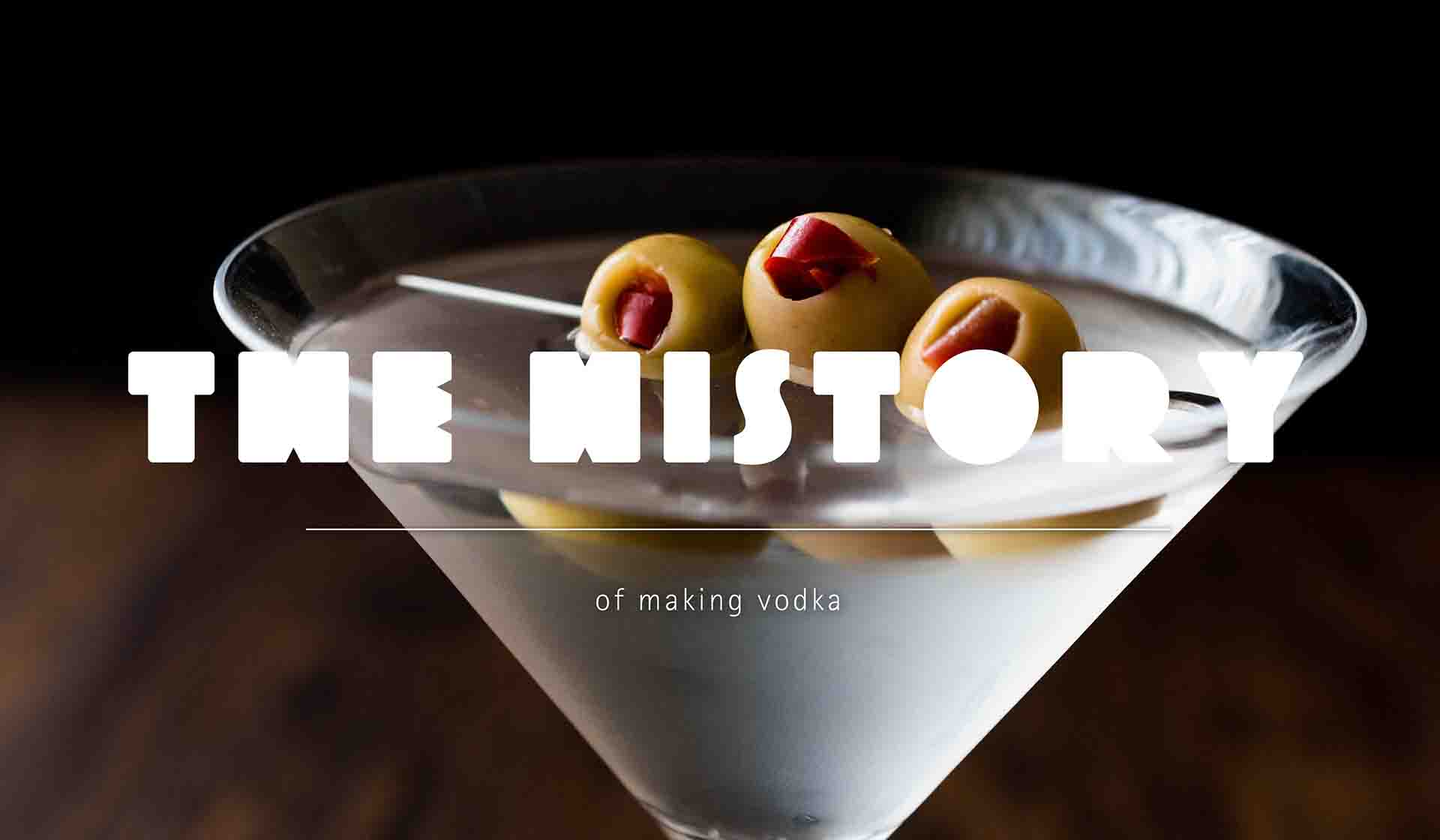 Vodka dates back to medieval times when it was used as medicine. During the 1940s, vodka’s popularity increased significantly, and is still one of the most popular spirits in the world. Billions of gallons of vodka are consumed internationally every year. Popular vodka brands of today include Absolut, Smirnoff, Grey Goose, and Skyy.

Making vodka requires a fermentation process and some patience. If you plan to bottle your own vodka, it’s important to understand all that goes into producing a top-quality spirit and the history behind it.

Today, most of the vodka being made uses fermented grains, including:

Some vodka makers use fruit, molasses, and even plain sugar to create their vodka. Potatoes can also be used to make vodka. Wheat-based vodkas produce a light, crisp taste. Potatoes produce a fuller, richer taste and are not commonly used in commercial vodkas. This is due to the difficulties in removing impurities from the potatoes during distillation.

You will also need ingredients including water, malt meal, and yeast. Malt meal is an active ingredient added to help convert grain starches to sugar. Yeast has enzymes that help food cells extract oxygen from the grain to produce alcohol.

The grains used in vodka production need to be fermented. Grains are mixed with water and malt meal is added. The mixture is then heated, and the heat breaks down the starches in the grain that results in fermented sugars. The solid materials are strained from the remaining liquid, which is known as the wash.

The wash is then put into a vat and the yeast is added. The vat is tightly sealed and allowed to sit for 2-4 days as the enzymes in the yeast convert sugars to ethyl alcohol. The alcohol volume after fermentation is relatively low.

To create a good quality vodka, the liquid is heated in a still. As the liquid begins to boil, evaporated alcohol is collected as it separates from the water. The alcohol collected usually ranges between 30 and 40 percent alcohol by volume (ABV).

Most vodkas are typically distilled at least three times to remove as many impurities as possible. Some may argue that the more vodka is distilled, the better its quality. In reality, many vodka experts agree that constant distillation is only necessary when the raw materials used aren’t high quality.

For flavored vodkas, most commercial brands add flavorings to a flavorless vodka. Flavorings are often fruit-flavored blends or extracts that are not part of the vodka distillation process. Today’s vodkas have even stepped far outside the box when creating flavored spirits, with available flavors ranging from whipped cream to cotton candy.

The History of Vodka

There is a long-running battle between Russia and Poland regarding who was the first to produce vodka spirits. According to the first written document, vodka originated in Poland in 1405.

The first documentation of vodka for the Russians wasn’t until 1751. However, a Russian peasant named Pyotr Smirnov, created one of the most popular vodka brands still on sale today. He named his spirits brand after the French spelling of his name, rather than his Russian heritage.

Smirnov grew a successful business by using the highest quality ingredients available to him at the time. That tradition still continues today. In recent, high-profile taste tests, a bottle of Smirnoff excelled over its higher-priced competitors.

Vodka was originally used as a medicine. It was sold as a potential cure for a variety of illnesses and conditions, including infertility and toothaches. There are even records showing vodka was thought to be a wonder-drug treatment for the plague.

Back in the day, vodka production didn’t create the pure forms of vodka we enjoy today. Because of the archaic methods of production, many impurities were left in the alcohol. To mask these impurities, vodka makers often added fruits and spices.

What makes a great vodka?

Vodkas are distinguished primarily by their texture. A great vodka is said to move easily over the palate and provide comfortable warmth in your mouth.

Vodkas made in Europe tend to have a full flavor and different texture than American-made vodkas. In addition to great texture, good vodkas should also have a pleasing aroma and reflect the personality of the raw materials used in making the spirit.

Once you have mastered the art of vodka making, it is important to consider the impression your vodka packaging makes when sitting on retail shelves. Unique bottle shapes and marketing concepts can be key to turning consumers on to your product, such as the Absolut vodka bottles and advertising campaigns that have become iconic in the vodka world.

1 thought on “The History of Making Vodka”